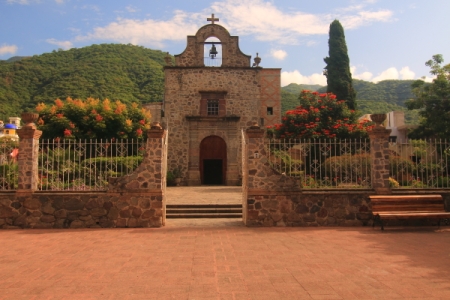 An historic Chapel across from the Ajijic plaza

Ajijic is located on the north shore of Lake Chapala, Mexico’s largest freshwater lake,  less than an hour’s drive away from Guadalajara in the state of Jalisco. It’s a small village with a population of approximately 10,000  and over half of these people are either retired Americans or Canadians who relocate here for a variety of reasons including attractive scenery, tempered climate, lower cost of living, english is spoken,  and a variety of recreational activities tailor made for the cultural background of North Americans to name a few. So relocating to this part of Mexico also means less cultural shock then would be experienced in many other parts of Mexico or Central America and  this is why Ajijic and Lake Chapala has  been the top choice for most expatriates seeking retirement outside of the states since the 1940’s.  The photo gallery below focuses on the plaza in the heart of Ajijic. 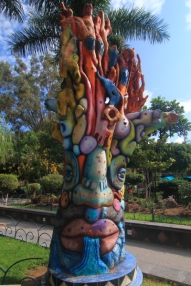 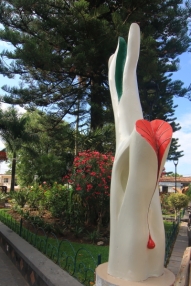 a stone sculpture at another corner of the plaza