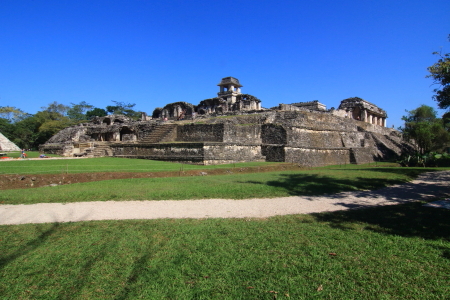 Commonly refered to as the palace, this structure was actually a watchtower,  residential and administrative complex combined into one.

Palenque is not only an archeological site but a world heritage site and national park as well. There are approximately 65,000 species of flora and fauna within the park that can be seen by hiking the jungle trails surrounding the ruins. In addition, there is an orchid nursery, waterfalls,  and creeks where visitors can swim if desired.. Excavation and renovation of the ruins  began over 100 years ago and continues today as only a small portion of the original cities estimated 1400 buildings have been excavated. Never the less, Palenque was inscribed as a world heritage site in 1987 because its “residential areas, buildings with political and administrative functions, as well as those whose function was ritual are conserved in their original setting, turning the site with its exceptional artistic and architectural features into a living museum.” Of all the Maya archeological sites, this is arguably the most impressive. 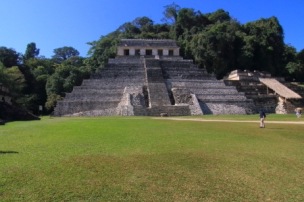 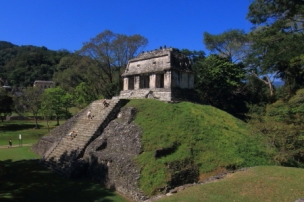 This temple is named after Count Jean Waldeck of France who stayed here sometime in the 18th century and published many examples of maya and aztec sculptures. 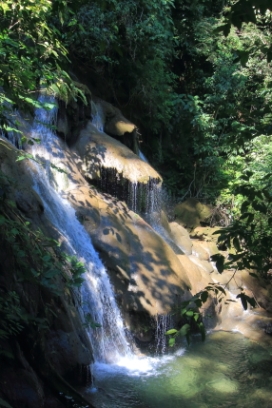 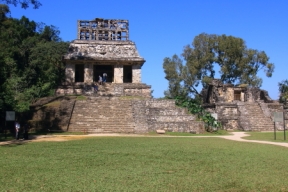 Found in the complex of the cross and triad of Palenque 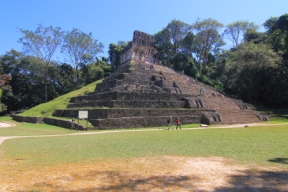 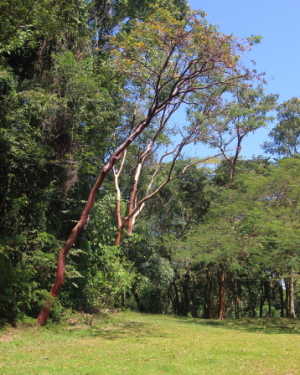 Some are considered to be sacred while the red bark of others is used for medicinal purposes.